Managing Big Analog Data from the Internet of Things

Managing Big Analog Data from the Internet of Things 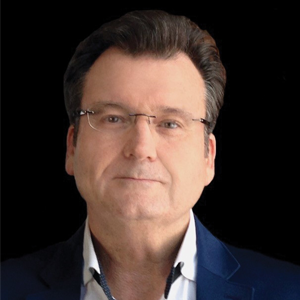 Data volumes have exploded over the last few years. More data has been created in the past two years than in the entire previous history of the human race. The rate at which data is growing requires dramatic changes in the way data is extrapolated and analyzed. According to Oxford Economics Ltd, the Industrial Internet of Things (IIoT) is a major approach to deriving insight from growing data volumes, and extracting data from previously untapped sources, such as pumps, turbines, manufacturing equipment, vehicles, buildings, and even people. The IIoT will have significant implications for the global economy, as it spans industries representing 62 percent of gross domestic product (GDP), among G20 nations, including manufacturing, mining, agriculture, oil and gas, and utilities.

In general, I like to portion the sources of big data into three categories:

It’s this third source of things, big data, which I refer to as big “analog” data, that’s the dominant data source in the IIoT. It’s referred to as analog since its sourced from the physical world and must be digitized to condition it for use in IT computer systems, networks, and storage. Some industries, such as manufacturing and processing are collecting and processing big analog data from equipment such as pipes, pumps, dams, and turbines for years through sensors. Acquiring data isn’t always their top challenge, but rather to analyze and take immediate action based upon the insights from the data, right at the IIoT edge. Let’s review a sample scenario.

​Using a Converged IoT System to address the voluminous data capture, analysis, and control challenges, is setting the trend

In an industrial factory sits an entire area of pumps that supply water to a small city. The pumps are instrumented with sensors to collect several types of data, including data that can help predict system failures. However, the information that is collected is usually sent back to the cloud or data center, delaying its analysis and thus real time value. This delay can directly contribute to slower response times and unplanned downtime due to late or undetected equipment errors.

Conversely, if the sensor data could be pulled and analyzed in real time right at the point of data capture, on the factory floor (at the edge), one could take immediate action upon the findings. In fact, with the right level of compute power directly at the edge, technology such as machine learning and augmented reality can also be utilized to detect and fix the source of the problem before it becomes an issue altogether. This can help eliminate unplanned water shutdowns, result in countless savings to the business and community. This is just one example of how data center-level compute–processed and analyzed right at the IIoT edge, will help solve business problems in the coming years.

Hence with all this newly created data there is a growing need for high performance processing and analysis to happen at the edge where the “things” are. And further, increasing demand for the data capture, real-time response, and control of the “things”. This in turn has created the need for a convergence of Information Technology (IT) and Operational Technology (OT) in the Industrial Internet of Things (IIoT) space. IT is widely known for deep, high performance computing and systems management, while OT is known for data acquisition and control. It’s a most efficient approach to converge together in a single product, all in one box, both IT and OT technologies. That is, integrate the functions of deep computing, data acquisition, control, and remote lights out systems management–and place this system directly at the IoT edge.

I liken the convergence of all these IoT functions in a single box to metaphorically follow the past integration of modular stereo components into a single box, many personal gadgets into a single smart phone device, and networking, storage, and compute converged into a single server blades system in the data center. The “Converged IoT System” will be the preferred approach in IoT solution deployments in the near future. This is because Converged IoT Systems offer 7 demonstrable benefits to the end user:

1. Less space. Many times there’s not much space at the IoT edge.
2. Less energy. Many times there’s little provision of power at the IoT edge.
3. Less latency. Real time response is needed in many IoT applications.
4. Less cables. Cables are costly, add latency, and reduce reliability.
5. Less deployment time. Reduced time-to-value of an IoT deployment afford superior economics.
6. Less to buy and manage. Procurement and steady state management is simplified.
7. OT and IT synergy. Less separation and better cooperation among the IT and OT organizations will afford an advantage.

I like to say, “A good company aggressively follows the trends, but a great company sets the trends”. For a first mover advantage in IIoT deployments, addressing the voluminous data capture, analysis, and control challenges with a Converged IoT System, is setting the trend.

Challenges Over The Past 18 Months

Security Architecture In Theory And In Practice: Why Security Should...

How Wi-Fi 6 Will Seamlessly Integrate With 5g