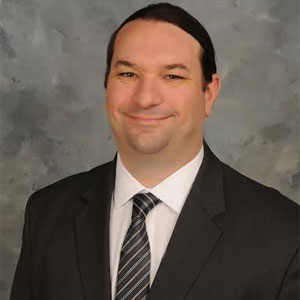 Microsoft’s SQL Server 2016 is arguably the best SQL Server upgrade Microsoft has ever produced. If you’re deliberating whether this is the release that makes the headache and associated costs worthwhile, the answer is a resounding yes.

The ROI can be measured via savings, security and performance. Within months of our client becoming the second company in the world running SQL Server 2016 in production, they managed to:

Another ROI is the amplified security. Infosec can kill a budget if you invest too much, or kill a business if you don’t invest enough, so embedded features in an upgrade of your primary database really help to walk that tightrope. This release offers an Always Encrypted feature, so data can be encrypted in flight by the application tier with little or no code change to the application. Combine it with the Extensible Key Management (EKM), which is designed for storing the encryption certificates and place the keys in a security key store (such as Azure Key Vault) and even your Database Administration team is cut off from viewing the encrypted data.

Other security features include the Dynamic Data Masking, where sensitive data can be masked (without any changes to the application itself) and Row Level Security, which universally protects SQL Server customer data from employees. Obtaining this sort of functionality in prior releases required an application developer, and they still wouldn’t have been able to prevent the user from seeing all data.

Best part of this upgrade? You can implement all of these security upgrades on all your SQL Server databases.

Finally, companies save money based on performance: your company can work more efficiently. SQL Server 2016 is the first to employ Microsoft’s “cloud first” strategy, which means every feature goes to beta in the Microsoft Azure SQL Database platform, prior to being released for production use. This commitment removes the need to wait for the first service pack. The same methodology applies to the SQL Server Management Studio 2016 tools updates: again, they’re tested, and released as they’re readied, so there’s a rolling prospectus of new features, rather than a two year patience test.

The result? Our client experienced a performance improvement of 20 percent, simply by upgrading the database engine to the new version. They are now working with the SQL Server product team to revolutionalize the way their industry delivers data to their clients.

Rewriting The Rules On Global Payments With Localized Payment Methods

Marketing & Sales Technology In B2b –An Overlooked Accelerator For...